It’s intentionally blue to point out it can be made to really grab attention if we choose the right color, but mostly to point out this is a test.

The Hand that Rocks the Cradle

This is a video from the 1994 Cross Purposes album with Tony Martin.

The Rules of Hell

This is a promo video released for the “Rules of Hell” box set from some years back.  Always thought this was a cool video.

Buy The Rules of Hell

The longtime bassist for the groundbreaking heavy metal outfit Black Sabbath, Terence “Geezer” Butler was born July 17, 1949, in Birmingham, England. As a teen he formed his first band, Rare Breed, with schoolmate John “Ozzy” Osbourne; in the fall of 1968, the two reunited in the blues quartet Polka Tulk, which also featured guitarist Tony Iommi and drummer Bill Ward. After briefly re-christening themselves Earth, the foursome adopted the Black Sabbath moniker in early 1969, at Geezer’s suggestion. While Black Sabbath’s self-titled 1970 debut laid the foundations for their deafening, sludgy hard rock attack, the follow-up Paranoid was their creative and commercial breakthrough, selling four-million copies in the U.S. alone on the strength of fan favorites like “War Pigs,” “Iron Man,” and the title track; though Osbourne was the band’s focal point, Geezer wrote the songs’ lyrics, drawing heavily upon his fascination with the black arts to explore recurring themes of death and destruction. During the latter half of the 1970s, Black Sabbath’s popularity dwindled, and in 1979 Geezer briefly left the band; his return to the lineup coincided with Osbourne’s departure, although the group continued on with new front man Ronnie James Dio. Geezer again exited in mid-1984, forming the Geezer Butler Band before reuniting with Osbourne in 1987. Geezer re-joined Sabbath for 1992’s Dehumanizer, but again quit the group two years later; after another fling with Osbourne, he formed G/Z/R, issuing Plastic Planet in 1995. The solo Black Science followed in 1997, and Ohmwork in 2005. It was around 1997 that Geezer returned again to Black Sabbath, for the Ozzfest 97 tour, and has been involved with Black Sabbath since this point on various Ozzfest tours through till “The End” in 2016.  Geezer continues in the new band Deadland Ritual starting in 2019. 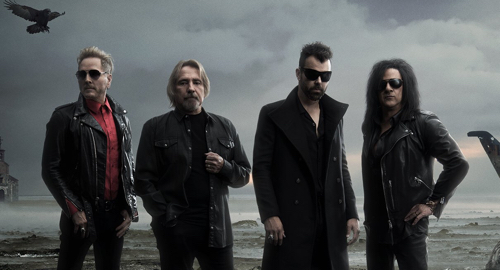 Deadland Ritual is a band that spiritually was born in the desert where legendary drummer Matt Sorum lives these days. Drawing inspiration from the “ritual symbolism of the desert badlands” paired with his love of the idea of a “ritualistic forgotten space,” the name of the group felt appropriate for the darker tone of the music he was creating with iconic bassist Geezer Butler (Black Sabbath), guitarist Steve Stevens (Billy Idol) and lead singer Franky Perez (Apocalyptica, Scars on Broadway).

Longtime friendships with Stevens and Perez helped to form the initial core of the lineup, but Sorum says that it was a pivotal moment when Butler agreed to join in. “Black Sabbath was my first band that I really fell in love with as a musician,” he says. “That was my entry point when I started coming up as a young drummer.” The bassist’s unmistakable tone is an important part of the foundation of the band’s sound.

Calling himself “semi-retired,” Butler admits that there was a lot to think about when he got the invitation to join Deadland Ritual. “I had to get used to the idea of starting from scratch again, which is good. It’s a challenge for me,” he says. “But I really liked the music that I was hearing. It’s not your typical metal stuff or hard rock stuff or whatever.”

With a stack of festival appearances and headlining dates already booked, the members promise that the shows will be something special, mixing original material with deeper cuts from their collective past, ones that are “not the typical songs you would expect,” according to Sorum.

No egos, no bullshit. Deadland Ritual is ready to take the world by storm. 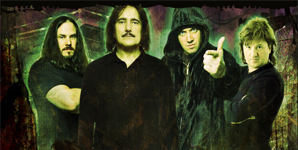 “I prefer stripping songs down to their most raw, basic sounds and blasting them out!” says Terry “Geezer” Butler. With over 35 years of experience in the game, the vast majority as the rock solid bass power underpinning the might Black Sabbath sound, then surely this is one musician who knows a thing or two when it comes to blasting things out!

And it is the spirit of Black Sabbath that Geezer cites when searching to explain the spark that finally sent the members of GZR (completed by guitarist Pedro Howse, vocalist Clark Brown, and drummer Chad Smith) hurtling into the studio with a hectic 10-day recording schedule to hit.

Geezer maintains that there is a certain intensity of musical vision that can only be achieved when you’ve stripped out every unnecessary distraction in a search for the heart of each song. Tracks such as the vicious album opener “Misfit” or the wry but booming “Pardon My Depression” are positively dripping with fear and loathing for the modern world.

The impromptu get-together quickly proved the creative spark was still burning 14 years after the band’s last album. “Those songs came so easy that we decided we had to keep going,” Dio says. “Where it would lead was a question no one really asked at that point.”

The answer began to take shape in 2007, when the band launched a yearlong tour. Selling out concerts around the world, the trek included the band’s triumphant return to the U.S., where they played a show in New York City at Radio City Music Hall that was immortalized on a live CD/DVD.

The Latest by GEEZER

Get details on the Deluxe Editions of the Heaven and Hell and Mob Rules albums from BMG.